Polka Theatre announced further programming for our exciting 2023 Spring/Summer Season for 0-12 year-olds, with the premiere of Spymonkey’s hilarious visual comedy HAIRY, a revival of their much-loved co-production of The Everywhere Bear, Stuff and Nonsense Theatre Company’s energetic adaptation of The Adventures of The Little Red Hen, and finally, Angel Exit Theatre’s enchanting toooB.

Previously announced productions include: Polka’s retelling of a classic tale with Jack v Giant, as well as Let’s Build! co-produced by Mapping, and an adaptation of Robert MacFarlane’s book The Lost Spells,  Page One Theatre’s playful Rise and Fall, Tangled Feet and Rowan Tree’s Belongings, and the return of the stage adaptation of Julia Donaldson’s The Singing Mermaid. 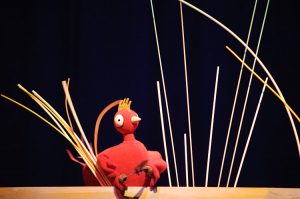 In the newly released season, this summer, Polka Theatre and Worthing Theatres and Museums present Spymonkey’s HAIRY, a laugh-out-loud exploration of that most versatile and significant feature of human anatomy, in a wonderful new comedy production for ages 6-12 years. Polka’s own productions include The Everywhere Bear, co-produced with Little Angel Theatre and Royal & Derngate Northampton. An adaptation of Julia Donaldson’s heart-warming tale, which invites young audiences to join The Everywhere Bear on his adventure to make it back to Class One, originally adapted and directed by Polka’s Artistic Director Peter Glanville.

Alongside their own productions, also announced today is the return of Stuff and Nonsense Theatre Company after a hugely successful run of The Gingerbread Man last year, with their show The Adventures of the Little Red Hen, featuring captivating puppetry and music in their clever story-telling style. Following this, Angel Exit Theatre present toooB for ages 6 – 24 months, a sensory adventure that introduces theatre and dance to very early years. 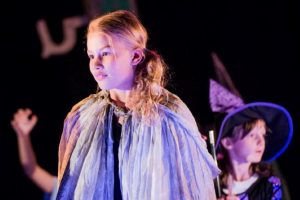 Polka Theatre will also be hosting some fantastic workshops across the school holidays, linked to the array of productions on offer; including Shadow Puppetry Masterclass, a circus skills workshops and the opportunity to dabble in the make-up and costume departments to create your own theatrical character.

“Polka are delighted to be presenting this wide-ranging season of work, which includes Jack v Giant, a radical reworking of the traditional tale, alongside a new musical adaptation of Robert MacFarlane’s beautiful book The Lost Spells, and lots of HAIRY fun with physical comedy masters Spymonkey. We’d like to thank the Chan Yin Chuen Memorial Charitable Foundation for the support of this wonderful new season ”

In addition to their full new season, Polka intend to extend their free ticket scheme Curtain Up! Having enabled 4,000 primary school children from disadvantaged locations in Merton and the surrounding boroughs to experience theatre in the last academic year, this year Polka are dedicated to extending the scheme and reaching 6,000 children in a response to the cost-of-living crisis.

Curtain Up! is only available by application which enables the scheme to reach the most disadvantaged children living in the most marginalised areas, schools working with children with special educational needs, and schools with financial barriers to taking part in arts activities.